CUTS with the support of the Norwegian Agency for Development Cooperation (NORAD) is undertaking an initiative over two years (2008-2010) in Nepal, Bangladesh, and 2 states of India i.e. West Bengal and Rajasthan to build capacity of consumer groups/CSOs to enable them to deal with the issues involved, take-up action research, share experiences, and carryout advocacy with policymakers and regulatory agencies to effect pro-consumer changes in the electricity regulatory/policy processes. The project will be implemented in association with partner organisations, details of which are given below. 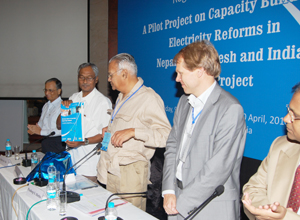 The project will be launched with a design meeting, where all partners’ alongwith stakeholders will be participating. This meeting will identify specific needs of each territory, which will be different. For e.g. Nepal does not have a regulatory agency, thus the project will focus on public advocacy and awareness generation. Bangladesh has an integrated energy regulator, with a weak provision for consumer participation. On the other hand India has a much better regulatory structure with legal mandates for consumer participation. Learning’s across the three countries will also help to push the agenda, where it is lacking. 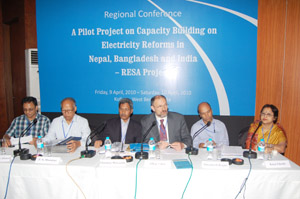 As the next step, a baseline survey will be done in each of the four territories, which on its own will also build capacity and understanding of the partners on the ground realities. Concurrently, each partner will establish a Reference Group which will act as an advisory body on the project and its progress. These groups will comprise of representatives of government; regulators; providers, media and other stakeholders.

Appropriate training and advocacy manuals in local vernacular will be developed for each of the four territories. These will be used to sensitise local grassroots groups and build their capacity for better interventions before the authorities. Grassroots meetings will be organised in two phases, where elected representatives, staff from regulators and providers will be invited to listen the voices from the grassroots, and use it to improve their own methodologies of supplying power to consumers.

At the end of the project, a final consumer survey will be conducted to assess the project impact in creating awareness and enhancing capacity building of CSOs and also assess the next steps.

Powered to Grow
– A Documentary on Capacity Building for Electricity Reforms