Goals and Objectives of the project: 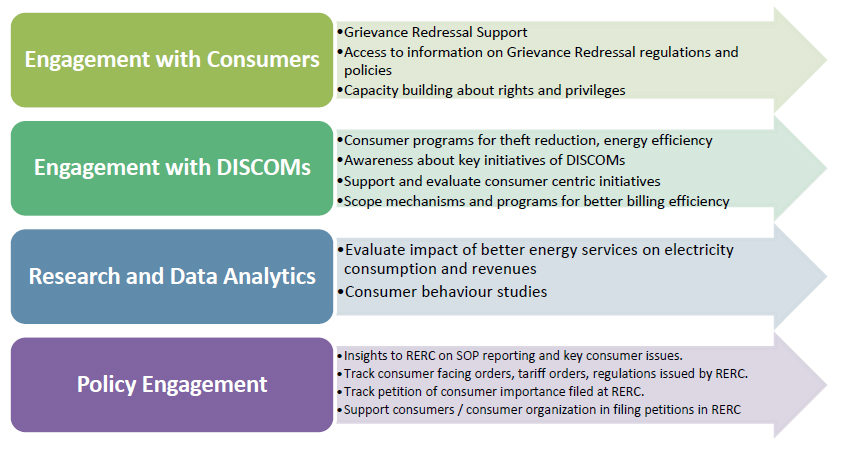 Access to reliable and quality electricity is key for inclusive and equitable development of the country. While the conditions have in general improved over the last two decade because of focused efforts of the Government(s), investments in public sector and implementation of regulatory frameworks and policies mandating access to reliable and quality power to consumers. But their remains a significant divide between quality of power supplied to certain effluent areas / cities / districts vs rural villages and smaller towns. While Electricity Act 2003, CERC and SERCs are in place to ensure rights of consumers and guard their interests, such institutions are either weakened or underutilized in wake of poor participation by consumers.
Participation of consumers and consumers in regulatory affairs is stifled because of many reasons, but some of key addressable issues are mentioned below.

Increasing consumer participation is imperative for ensuring highest quality of services at the last mile, transparency and accountability; and an opportunity for electricity distribution companies to gain from larger consumer base and better toplines. CUTS International along with Bask Research Foundation, have embarked on a multi-year initiative to improve ‘Regulatory Participation of Electricity Consumers in Rajasthan’ with support of Shakti Sustainable Energy Foundation. 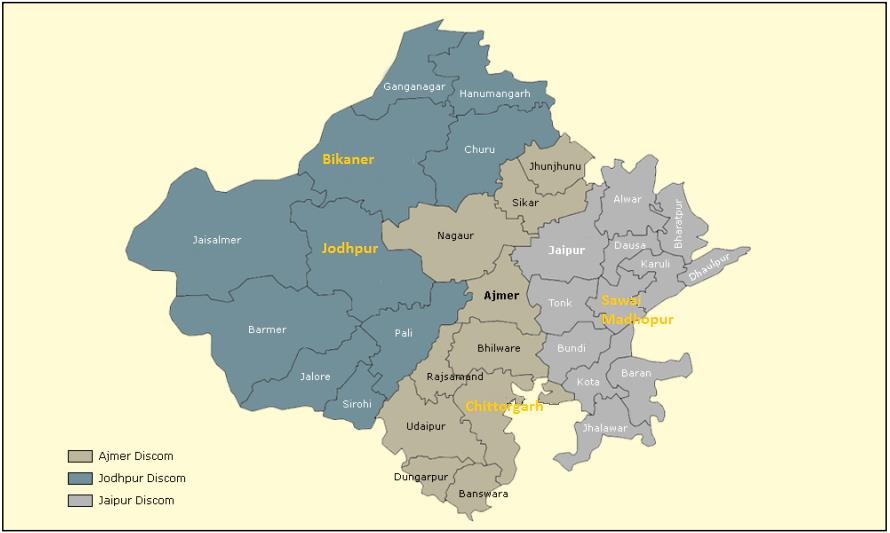 “Targetted districts are marked in Yellow”

CUTS International and Bask Research Foundation have been incubating six Consumer Assistance Cells (CONASC) in four different districts of Rajasthan viz; Bikaner, Chittorgarh, Jodhpur and Sawai Madhopur in partnership with three consumer organizations. CONASC is a unique initiative designed to bridge the gap between electricity consumers and electricity distribution utilities. The cell is designed to improve the grievance redressal ecosystem for consumers, accountability of DISCOMs for standards of performance w.r.t last mile electricity services, and awareness of consumers regarding their rights and responsibilities.

A project advisory committee (PAC) has been formed to provide inputs to the team on project design and implementation strategy for the initiative.