The fourth edition of Spotlight assesses the flagship scheme of Government of India to revamp the electricity sector in the country, the Ujjwal Discom Assurance Yojana (UDAY) scheme.

Ujjwal Discom Assurance Yojana, popularly known as the UDAY scheme, was launched after subsuming a plethora of schemes catering to the Indian power sector. This sector, traditionally controlled directly by the state, has been privatised and subsequently regulated through laws, such as the Electricity Act of 2003. One common attribute that has not changed even after decades of reforms is the poor financial and operational performances of many state-owned distribution companies (discoms). The state has been using a ‘carrot and stick’ approach in financial schemes and packages, such as Accelerated Power Development and Reforms Programme (APDRP), the R-APDRP, the FRP (Financial Restructuring Package) and, in 2015, the UDAY scheme.

This spotlight tackles and analyses the performance of the Indian power sector after almost five years of the launch of UDAY scheme. It first sheds light on the policy objective envisaged by the government for UDAY and subsequently its report card over multiple parameters. It also highlights some ‘good practices’ from other states which have been relatively better performing than many others.

The Vicious Cycle of Inefficiency 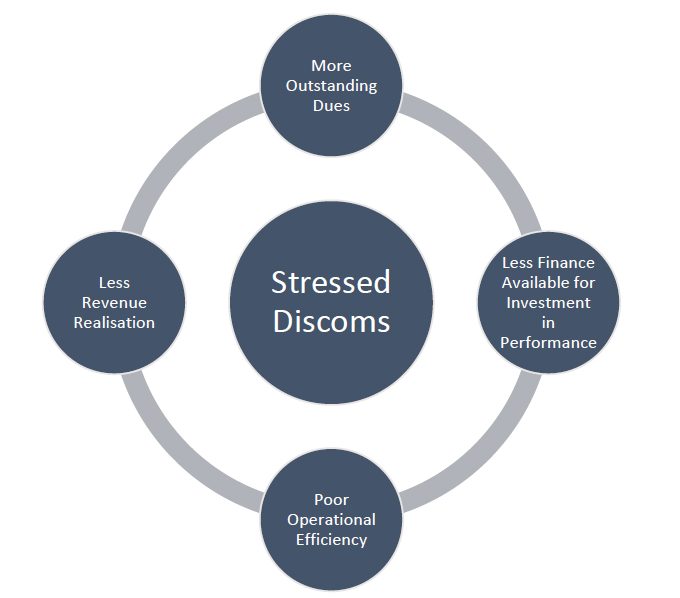 The policy objective of UDAY scheme was to break the above-depicted vicious cycle, by cleaning the discoms’ books. This would have ideally enabled them to invest more in strengthening the distribution and transmission network which, in-turn, would have enhanced the operational and the financial health of these utilities.

How to achieve the objective?

The state governments have to take care of the huge debts, in return of which, the discoms have to meet the operational targets. Once a MoU is signed with respective state government, 3/4th of the debt of the discom is taken up by the state to issue UDAY bonds for banks and other financial institutions. The remaining is also converted into low-interest loans or funded by the money raised through bonds. In return, discoms were to enhance operational efficiency by meeting targets of 10 indicators specified in the scheme document.

Bottomline: Finance was only to be given to discoms if they achieve the targets of operational efficiency set by the government.

Many states have performed well in achieving the targets under UDAY. But the national level picture is worrisome. The main pretext of the scheme was clearing the books of discoms to allow them to invest more on efficiency, which would result in financial soundness as well. But a recent report released by CRISIL points towards the rising debt levels to pre-UDAY levels in 2019. This situation, which they refer to as the ‘red steak’, is represented in the graph below: 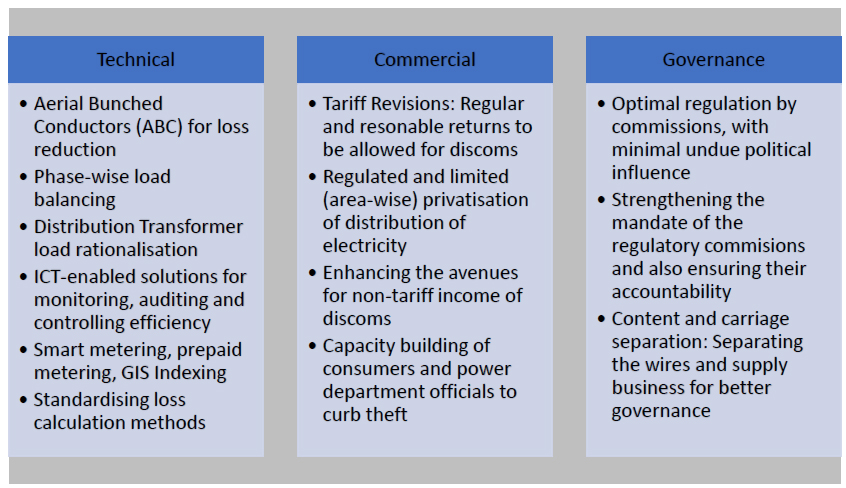 With bailout packages not yielding the desired results, what innovative solutions can be used to achieve the objectives of operational and financial efficiency of loss-making public utilities?