The sixth edition of Spotlight looks at the existing loopholes in Merger Control regimes across the world and the ongoing global discussion to cover those gaps.

Combination means a merger or an acquisition between two or more enterprises of shares, assets or control which exceeds the financial thresholds, in terms of the value of assets and turnover, as set out in the Indian Competition Act, 2002. The approach is similar in most jurisdictions across the world, barring few exceptions of Germany and Austria that have now incorporated the transaction value threshold as a determinant.

Why should combinations be regulated? Also, if mergers are not per se bad, why is there a furore against Big Tech companies and mergers?

Combinations remove one or more competitor(s) from the market. Combinations that have the effective consequence of eliminating or reducing the level of competition in a market are considered harmful. In such a case, the competition regulators intervene and prevent such a merger from taking place.

The Big Tech companies have not become the giants that they are today through innovation alone but also through huge investment in acquiring competitors or potential competitors. A characteristic feature of Big Tech firms is digital platforms where they exhibit network effects or a winner takes all-situation that makes the presence of competitors very important for competition in the market. In such a scenario, if the firms are left free to acquire their competition without any objection or barrier from the regulator, it will only result in reduced competition. 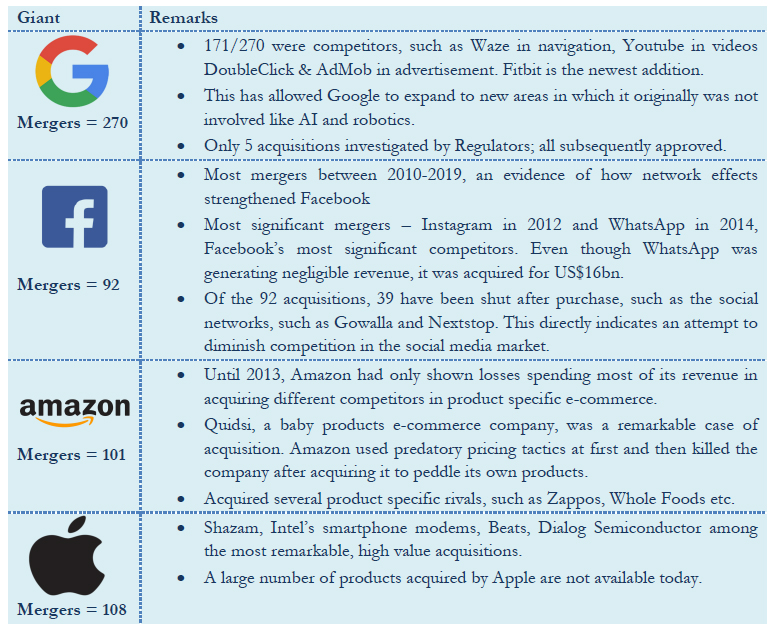 Recently, the agriculture sector has seen four mega-mergers – ChemChina and Bayer acquired Syngenta and Monsanto respectively; and mergers between Dow Chemicals and DuPont, and Potash and Agrium took place. Bayer Monsanto was approved by the Competition Commission of India (CCI) with some riders while all the others were approved without any hindrance, although the CCI did take into account the possible harm to competition that may arise from the merger of Dow and DuPont. The dynamism of the market was taken into account. 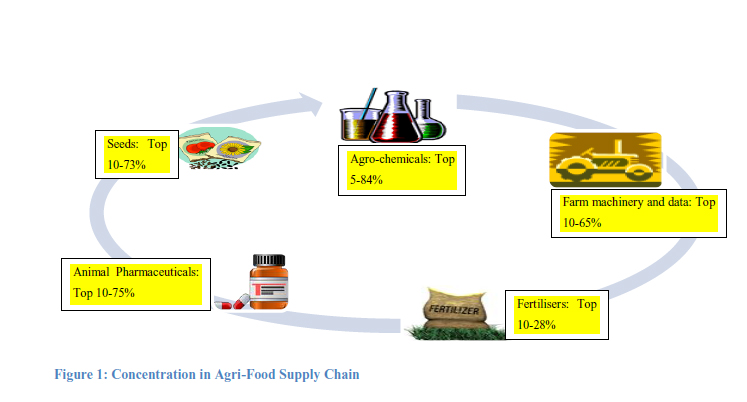 Despite the need for an effect-based analysis of mergers, most of the existing tools that are deployed in the merger review take into account a static approach relying on the current state of the market, such as market share and concentration. In this light, an important area of research is gauging the timeframe for assessing the future impact of mergers.

The Competition Law Review Committee in India has made an important recommendation in this light to also incorporate the ‘Deal Value’ threshold besides the asset/turnover threshold. Similarly, the Australian Competition & Consumer Commission also recommended in its Digital Platforms Inquiry Report that weightage should be given to the likelihood of elimination of potential competitor and that the data and technology being amalgamated should also be taken into account, a facet ignored in cases like FB-Instagram or FB-WhatsApp.