“An ‘intellectual climate’ change is occurring where arguments for protectionism are being forwarded to justify growth and inclusion, the brunt of which will be borne by consumers and businesses in the long-run” – Montek Singh Ahluwalia, Former Deputy Chairman, Planning Commission of India 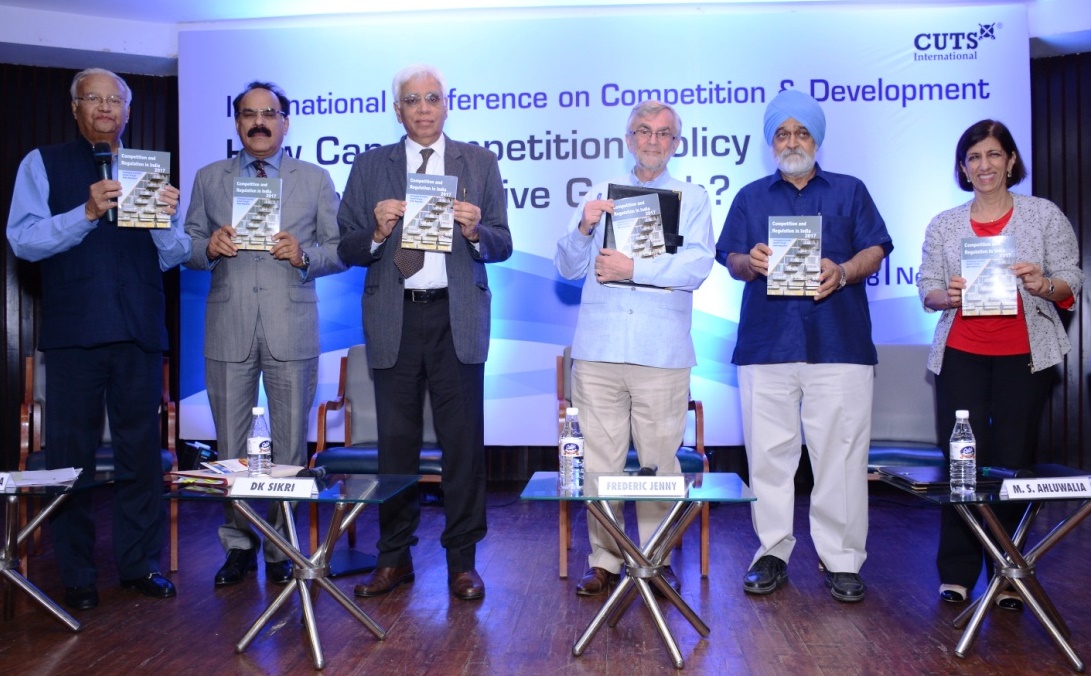 The Conference also witnessed the release of the sixth edition of the CUTS-CIRC Biennial Report, “India Competition and Regulation Report, 2017”, which encompasses sectors such as digital financial services, telecommunications, agriculture, etc and it also covers the competition perception survey results.

While speaking at an International Conference on “Competition and Development” organised by CUTS International in New Delhi yesterday, Montek Ahluwalia highlighted that jurisdictions across the world are promoting and implementing policies that erect protectionist barriers in order to promote growth and inclusion.

However, there are inherent costs of such measures and the same might actually end up negatively impacting consumers and adversely affecting global competitiveness of domestic businesses, especially exporters.

By explicating the adverse impact of policy-led distortions to competition, Ahluwalia mentioned that the sources of interference in the competitive environment of markets are not limited to business behaviour and anti-competitive practices. Thus, competition policy could play a much more constructive role in casting its net over broader set of issues and help frame competitive market structures across sectors of the economy.

Elucidating the broad theme of the conference – “Competition and Development – How can competition policy promote inclusive growth?”, Pradeep Mehta, Secretary General, CUTS International highlighted that competition policy has an inherent and critical role to play in development and it needs to be utilised optimally to achieve the Sustainable Development Goals (SDGs).

Its role is further amplified in the context of developing countries which intend to promote inclusive growth and equality of business opportunities.

Highlighting the role of market regulators to this end, Mr DK Sikri, Chairman, Competition Commission of India (CCI) stated that the concept of inclusive growth has taken centre-stage and a robust competition regime ensures that the rules of game remain fair for market players and ensures that entities do not enter into anti-competitive practices which distorts market competition.

Moreover, the virtue of competition lies in enlarging the size of the cake in terms of economic growth and bringing in economic efficiencies. Mr Sikri added that CCI will be undertaking Competition Assessment of Government Policies in association with the government think tank: NITI Aayog so that anticompetitive policies are corrected.

While addressing the issue of jurisdictional overlaps between market regulators such as the CCI and specific sectoral regulators such as TRAI, Mr Sikri mentioned that each are governed by distinct legal frameworks and those should be respected.

Elaborating further, he forwarded the view that once competition settles down in markets, forbearance is required in order to optimally regulate and ex-post enforcement to regulate competition requires an evidence-based approach.

International experts such as Prof. Fredric Jenny, the Chairman of the Organisation for Economic Cooperation and Development’s (OECD) Competition Committee and Ms. Teresa Moreira, Head of Competition Policy and Consumer Protection Branch, UNCTAD stated that competition policy and law could play a major role in translating development objectives into economic policies.

Moreover, competition can be utilised as a positive instrument for framing government policies and permeating economic policymaking.

Although competition enforcement is of utmost importance, competition policy approach needs to be implemented which ensures robust dissemination to allow sustainable, economic development with inclusiveness.

Competition law enforcement needs to devise strategies keeping in mind the interests of low income people. The Competition Authorities can at least give high priority in their enforcement agenda to goods and services that are mostly consumed by low income groups.

Fred Jenny during an exclusive dinner speech spoke about the “Digital economy and the innovation opportunity for emerging economies”. It is evident that the digital economy can make businesses more agile and efficient and can increase business opportunities of MSMEs.

It allows small enterprises to access global markets in a cost-effective manner. As per statistics, MSME firms linked to digital economy had greater access to international markets and were 4.5 times more likely to come out with new and innovative products.

The digital economy also enables governments to instil efficiencies in provision of services and governance. However, with the increased prevalence of complex two-sided markets and Artificial Intelligence (AI), competition authorities need to re-visit their existing tools and restructure enforcement mechanisms to deal with emerging issues in the digital economy space.

The key-take away from the event was that in an environment of rising protectionism and the imperative to address rising inequalities, competition authorities, policymakers and civil society need to come together through regional and international cooperation to unlock the developmental potential of competition law and policy.

In all, the conference witnessed participation of close to 120 participants from across the world – South Asia, South East Asia, Africa, United States of America, Europe and India.