Inaugurating a two-day conference under the auspices of a CUTS project here in Bangkok, Dr Supachai Panitchpakdi, former Secretary General of UNCTAD, congratulated CUTS for having been a tireless advocate of competition reforms in the developing world.

He added that the two sectors: staple food and bus transport, chosen by CUTS in this project are critical for the common persons, and is therefore valuable not only for the four countries where this project is being implemented, but also for others like Thailand. He lamented that in spite of having had a competition law for several years, Thailand has failed to implement the same.

Sectors like the ones considered under the CREW project are those where the government continues to play a lead role as a provider in many countries, hence discussions on competition reforms in these sector needs to be carefully strategised. Lack of competition affects both consumers and producers.

Pradeep S Mehta, Secretary General of CUTS asserted that the subject-matter of the conference–and indeed the project–was both relevant and opportune. The project is being implemented in Ghana, India, The Philippines and Zambia.

“The world has witnessed two remarkable incidents in the last week or so, which are likely to have considerable implications on economic growth and development – globally”, said Mehta.

He observed, that “…the prospect of an Agreement on Trade Facilitation has considerable implications for enhancing competition and markets. This seems to be in sight now, given the breakthrough in the discussions between US and India, on the treatment of public stock-holding for food security”. This has huge implications on the economies and markets in the developing world.

The second event he mentioned was the commitment made by G-20 Leaders at the recently held summit a few days ago in Brisbane, when they recognized that removing obstacles to trade and competition is a key ingredient to stimulate growth and boost employment.

Rajesh Swami, First Secretary from the Indian Embassy spoke about the increasing trade and investment flows from and to India from the region, which makes the discussion on competition issues in this region an imperative.

In the first technical session, presenters from four countries shared their findings from the research undertaken in the staple food sector. Positive impact was observed in some countries especially from greater private participation and competition in inputs markets like seeds and fertilisers.

In others, governments were still actively involved in subsidising supply of such inputs. Such measures no only stifled competition in the sector, but also drained the government of scarce revenues – that could have been better allocated elsewhere.

In the bus transport sector, refining the regulatory framework emerged as a priority for all countries. While bus markets have changed in nature and character over time, it is striking how the regulatory regime has remained archaic.

There was consensus that governments should stress on the need for developing modern regulatory framework and institutions to regulate the bus transport sector. It was further noted that maintaining a State monopoly in bus transport services (as is often the case in some countries) exerted considerable financial pressure on developing countries – so there was a need to identify ways of promoting public-private-partnerships.

Presenting the overall findings, Dr ShyamKhemani, a project adviser and former World Bank point person on competition law & policy, asserted that market distortions affect citizens as ultimately they are the ones who have to bear the costs.

“Lack of reforms lead to winners and losers – and one needs to identify who these losers were, and how badly were they affected” said Khemani. It emerged from the discussions that competition distortions not only affected citizens directly, but also indirectly by draining government resources. Thus, resources that could have otherwise been available for allocating to welfare enhancing programmes are expended in maintaining such market distortions.

Delegates from over a dozen countries, and international organisations like World Bank, UN ESCAP and OECD are participating in this conference. CUTS and its partners in the four project countries, would use the evidence to develop national advocacy plans in each of the countries. The aim would be to facilitate pro-competitive policies and practices (remove distortions), so that benefits can accrue to ordinary consumers and small producers in these countries. 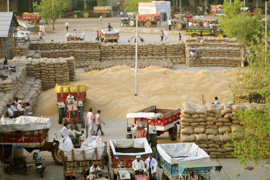